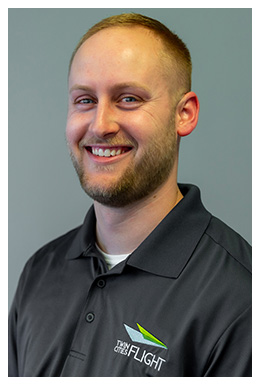 Matt joined Twin Cities Flight Training in August of 2019. He first learned to fly in high school at a small airport in upstate New York where he earned his Private Pilot Certificate. After high school, Matt moved halfway across the country to attend the University of North Dakota, where he graduated with his Bachelor’s Degree in Commercial Aviation. While studying there, he obtained his Commercial ASEL, AMEL, CFI AND CFII. When not flying, he enjoys spending time with his wife and daughter. His favorite hobbies are traveling, hunting and flying his drone to take aerial photography.